Immunology is the medical field that addresses the study of physiological functioning of the immune system in health and disease.

Dysfunctions of the immune system are generally termed “immune disorders”. These types of disorders can be characterized in different ways.

Neopterin is a low molecular weight molecule belonging to the chemical group known as pteridines. It plays a major role in the adaptive, cell mediated immune response. It is synthesised by cellular immune reaction of macrophages and dendritic cells upon stimulation with the cytokine interferon-beta and as a consequence released. Neopterin has a higher stability in body fluids which makes the sample handling and measurement easier compared to other cytokines.

The low molecular weight, let neopterin molecules rapidly pass the intravasal area, where it is released into urine after glomerular filtration. The half-life period in human bodies is only affected by renal excretion. So neopterin values reflect the totality of immunological processes for monocytes/macrophages and dendritic cells and can be seen as a general marker of immune activity. 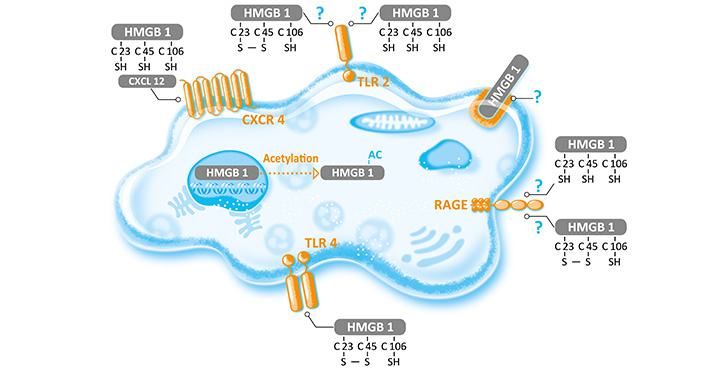 HMGB1 biology by the current state of scientific knowledge

The multi-tasker of the innate immune system!

Over years, HMGB1 has increasingly attracted the attention of all kinds of researchers. It is one of the most intriguing molecules within the complete arsenal of proteins of the innate immune system as HMGB1 is either actively secreted by immune cells, or passively by injured cells as the cell’s immediate cry for help. An automate friendly version will be launched by October 2019.

HMGB1 is a nuclear protein that can bind and bend DNA, but it can also be released to the extracellular environment where it exerts additional functions.

The unraveling of the post-translational modifications has led to a better understanding of the mechanism of its translocation and its function within the immune system. It will now also allow more in-depth studies into the role of HMGB1 in numerous pathologies, including 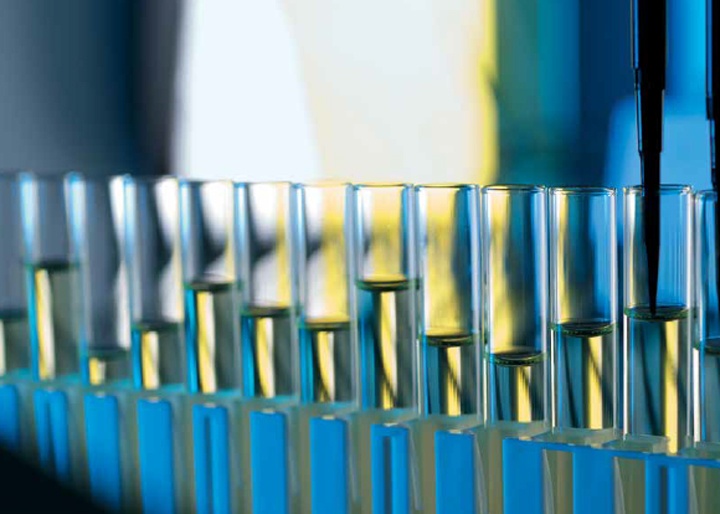 Selected ELISA reagents from our wide range of products for your Freedom EVOlyzer. 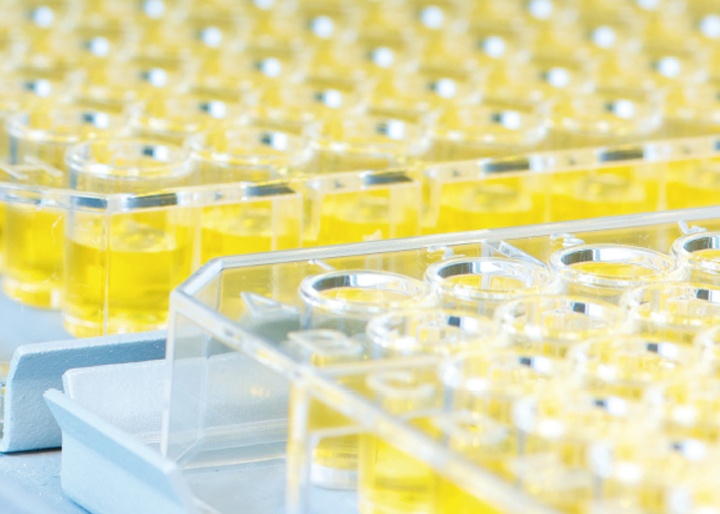 ELISA for your ThunderBolt

Selected ELISA reagents from our wide range of products for your ThunderBolt.

Would you like to see the complete immunoassays portfolio?

Changes in sex hormones and adrenal hormones can lead to...

We provide a comprehensive portfolio of highly sensitive...

Immunology is the medical field that addresses the study of...

Neurodegeneration or neuro-degenerative diseases are a...

Find here selected products. Protocols for application support are available. The combined use of assays, process script and open system instrument (e.g. EVOlyzer®, ThunderBolt®) has to be validated individually on site by each laboratory. Interchangeability is only valid within same lot numbers for the single components.

Your cart is empty.

Get a quote close form